You have a Lync Server 2013 infrastructure.
You plan to deploy Persistent Chat features to meet the following requirements:
-> Support up to 50,000 concurrent users.
-> Enable the Persistent Chat Server Compliance service.
-> Ensure that all of the features are automatically available if a single server fails.
You need to identify the minimum number of Front End Servers and Microsoft SQL Server
Back End Servers that are required for the planned deployment.
How many servers should you identify? (To answer, select the appropriate number of servers for each component in the answer area.) 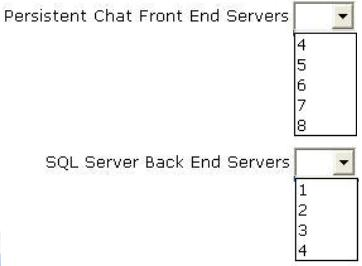 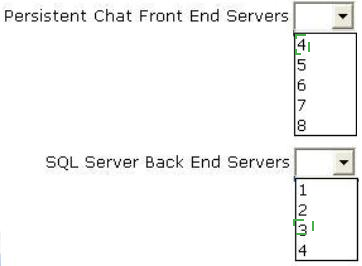 Box 3: a voice policy -
Note:
* Normalization rules define how phone numbers expressed in various formats are to be routed for the named location. The same number string may be interpreted and translated differently, depending on the locale from which it is dialed. Normalization rules are necessary for call routing because users can, and do, use various formats when entering phone numbers in their Contacts lists.
Normalizing user-supplied phone numbers provides a consistent format that facilitates the following tasks:
* You can enable or disable the following call features for each voice policy:
/ Call forwarding enables users to forward calls to other phones and client devices. Enabled by default.
Etc. 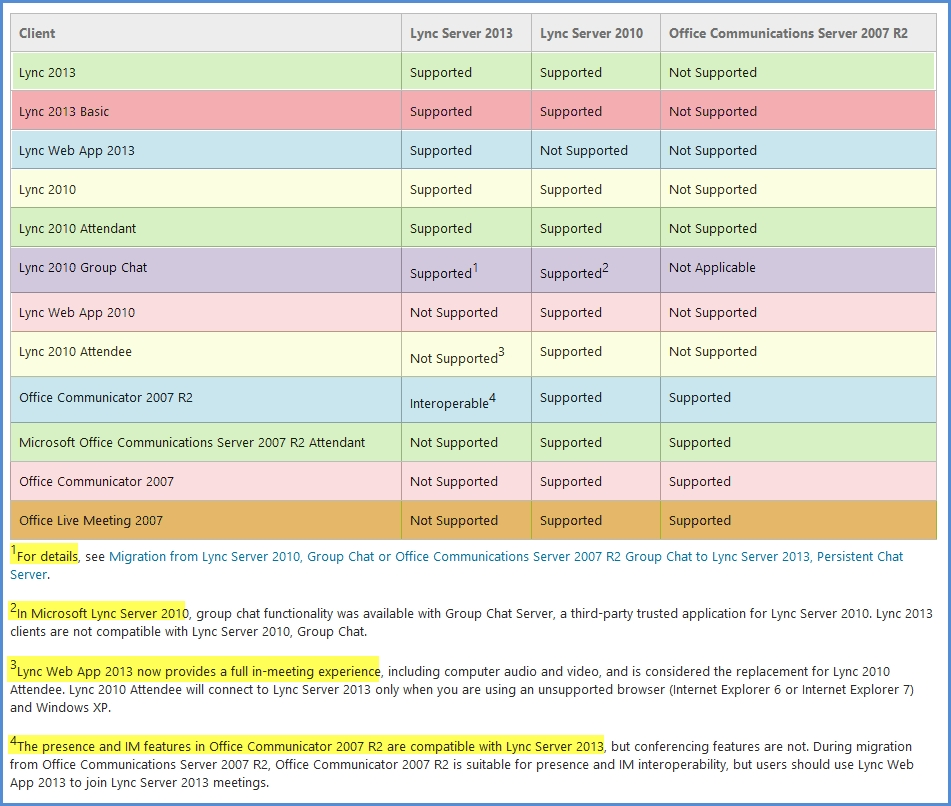 Interoperability among Clients -
With the Lync Server 2013 release, various client versions can interact seamlessly in both peer-to-peer and conferencing scenarios. This section discusses feature availability when users interact with other users who are using different versions of clients and servers. 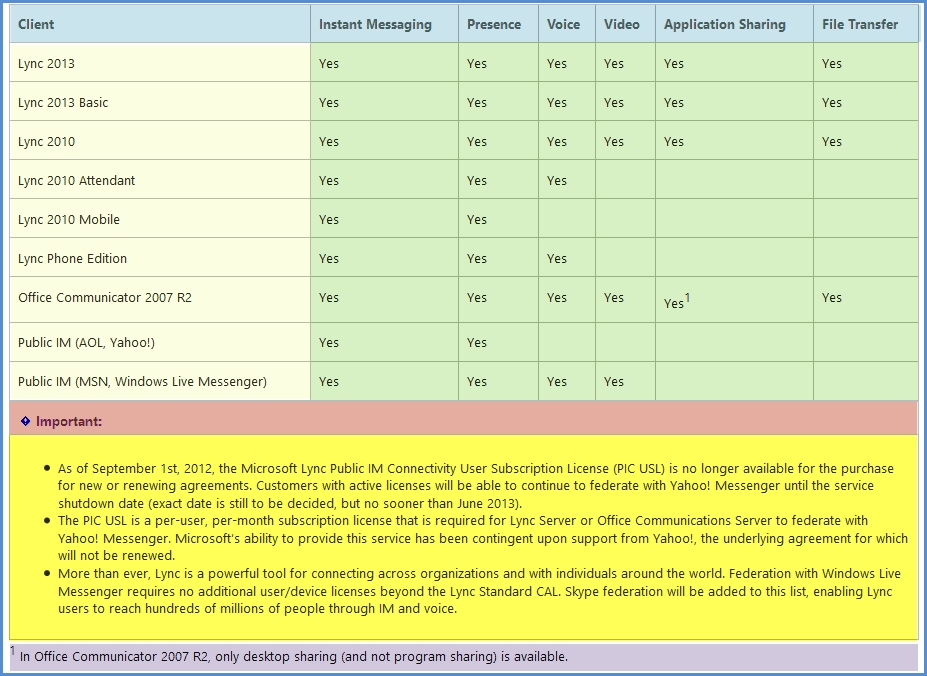 1. In Office Communicator 2007 R2, only desktop sharing (and not program sharing) is available.
2. Lync Server 2013 uses an updated mechanism for uploading PowerPoint files. Lync
Web App users who join a meeting that was originally scheduled on Lync Server 2010 can view and navigate PowerPoint presentations,

You have a Lync Server 2013 infrastructure. The infrastructure contains four Standard
Edition Front End Servers and an Edge Server.
You run Get-CsManagementStoreReplicationStatus | ft ReplicaFQDN, UpToDate and you receive the following output:

Your company has a main office and a branch office. The main office is located in
Amsterdam. The branch office is located in New York. Each office has a data center.
The offices connect to each other by using a high-bandwidth, low-latency WAN link.
You have a Lync Server 2013 infrastructure that contains 5,000 users.
You plan to deploy a persistent chat infrastructure.
You need to ensure that persistent chat rooms remain available if a Persistent Chat Server fails.
What should you do?

You plan to deploy a Lync Server 2013 infrastructure.
You plan to use a Microsoft SQL Server database mirror that has a witness.
A database administrator gives you a list of five servers that you can use for the deployment. The servers are configured as shown in the following table.

You need to identify which servers you must use for the SQL Server backend.
Which servers should you identify?

A WAN router -
The solution must minimize deployment and maintenance costs.
What should you recommend?

You deploy a Lync Server 2013 infrastructure that contains four servers. The servers are configured as shown in the following table.

Persistent Chat Server -
The conclusion and the answer is:
The Minimum Number of Microsoft SQL Server Servers is: 1

You have a Lync Server 2013 infrastructure.
You need to identify which cmdlets must be used to troubleshoot issues related to the following:
-> Client sign in
-> Communication when using IM Conferencing
-> Connectivity when using instant messaging (IM) on mobile clients
Which cmdlets should you identify?
To answer, drag the appropriate cmdlets to the correct location in the answer area. Each cmdlet may be used once, more than once, or not at all. Additionally, you may need to drag the split bar between panes or scroll to view content.

You plan to deploy Lync Server 2013. The deployment will have two sites named Site1 and
Site2.
Site1 will contain the following components:
-> One Persistent Chat Server pool that has compliance enabled
-> Two Enterprise Edition Front End pools
-> One Edge pool
Site2 will contain the following components:
-> One Enterprise Edition Front End pool
-> One Standard Edition Front End pool
-> One Edge pool
You need to identify the minimum number of SQL Server servers that must be deployed to each site to support the planned Lync Server 2013 deployment.
How many servers should you identify for each site?
To answer, configure the appropriate number of SQL Server servers for each site in the answer area. 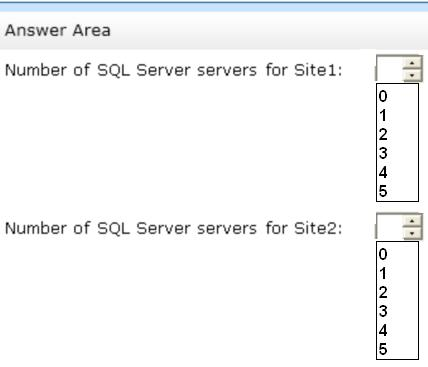 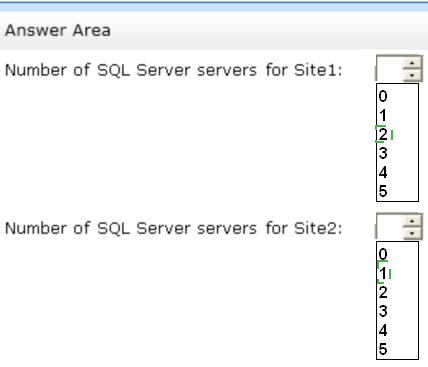